This article presents Kinovea 0.8.27 (download page), and describes the new features and improvements over 0.8.26. This version is mainly focused on usability improvements around drawings and measurements.

The player now supports rotation of the input video by 90°, 180° or 270°. Videos that have been filmed in portrait mode on a handheld device should be automatically detected from their metadata. You can also force the rotation from the menu. 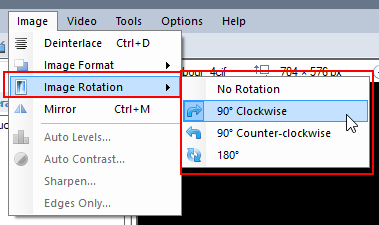 It is now possible to cut, copy and paste drawings around. 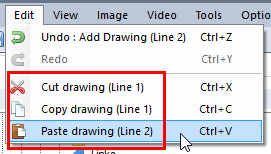 Once a drawing is copied, you may paste it in the same video or in another video in Kinovea, but not outside Kinovea. It will not use or interfere with the Windows clipboard.

The pasted drawing will retain the shape and style of the original and will be given a new name.

You can also paste images from the Windows clipboard directly as Image objects.

The text tool was somewhat lacking in usability. It is now created directly as a ready-to-use object with its name as the value and the editing mode has a similar styling than the normal rendering mode.

All text objects have a new secret arrow that you can show and adjust to create a pointing label.

As an alternative, the measurement objects like lines, markers, trajectories and circles now have the option to show their names in the mini label attached to them.

The style of arrows and squiggly lines was a bit broken and has been improved. 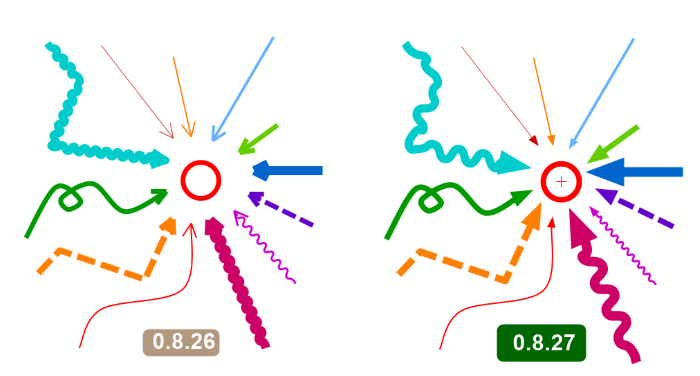 Simple but always useful to draw attention to something, the rectangle tool is a newcomer to this version. 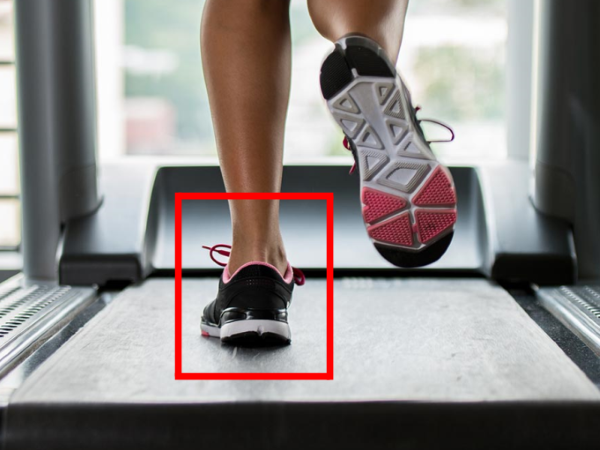 Designing custom tools is not an easy task so a special rendering mode was added to show the various components of the custom tool as it is being worked on. This is a global option and can be changed under menu Options > Preferences > Drawings > General > Custom tools debug mode. 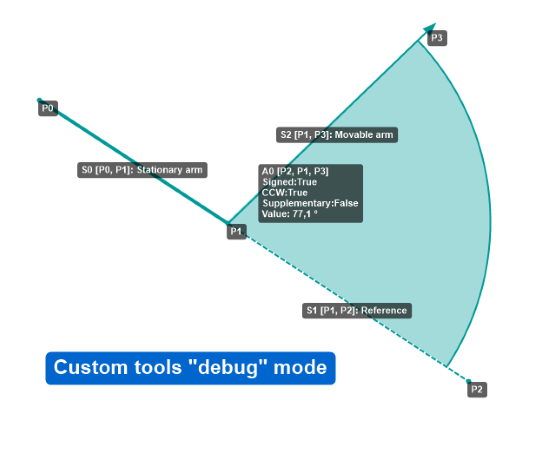 It is now possible to use the middle mouse button for panning around when zoomed or moving objects while a tool is still active. Previously you would have had to deselect the tool in order to pan or adjust an existing drawing.

The circle tool has graduated from being a descriptive object to being a measurement object. You can now display the coordinates of the circle center, its radius, diameter or circumference, all based on the current calibration.

The circle tool is “perspective aware” so it will display correctly (as a rotated ellipse of the correct size) when the perspective grid calibration method is used.

The archery tool was redesigned to leverage recent changes in the custom tools framework. 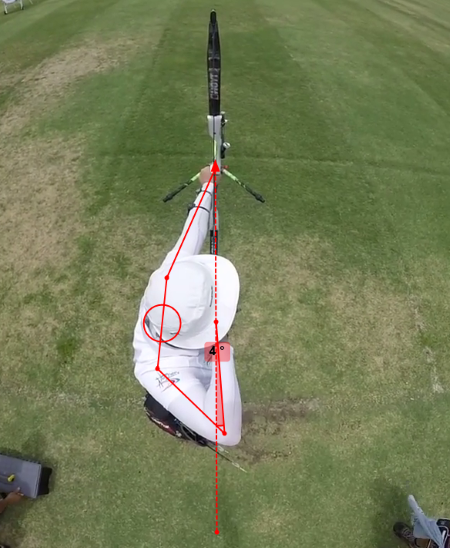 The Mosaic compositing system introduced in version 0.8.25 was simplified and renamed “Delay mode”. It now only supports the most important use cases of live delay, live slow motion and the quadrants view. The slow motion mode is now showing a countdown to the reset of the live stream for when the delay buffer will need to catch up to real time. 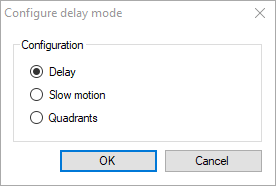 Mirroring the image is now supported in the capture screen via the menu Image > Mirror. Note that this is implemented at the display level only. It will not have any impact on frames recorded using the “Camera” mode of recording which takes frames directly from the camera and save them as-is (see Options > Preferences > Capture > Recording).